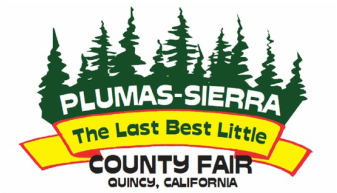 This isn't intended to be a comprehensive history of square dancing in Plumas County, but only what I know of it. I didn't actually live in Plumas County. I lived my high school and junior college years over the hill in Susanville, Lassen County. That's where I learned to square dance, starting my freshman year in high school (1978) with the Susanville Center Wheelers. (Named for the Correctional Center there.)

One of the first outside dances I attended, while I was still in beginners' class, was held in Graeagle by the Mountaineers. They were the largest club in Plumas County for many years. At the time, their caller (and ours) was Will Castle from Reno, but over the years I know that Claude Sipe and Art Hinton have called for the club as well. The Mountaineers danced at a hall in Graeagle on Friday nights, and held several Saturday-night dances per year as well; I attended a number of them while living in the area.

During the early '80s, some people in Quincy must have gotten tired of driving to Graeagle every week, because they started up another club in Quincy and enticed a caller from Lake Almanor (Jerry Quam) to call for them. I'm not sure how long the Plumas Two-Steppers were around after I left the area, but I know that I attended several of their dances.

The badges you see on this page are not exact replicas, since I didn't have any of the actual club badges to work from. These are as close as I can come from memory, looking back through forty years of time. I know that the Plumas Two-Steppers used the outline of the county map for their badge, and the Mountaineers' badge was a brown jug, but details are hazy in my mind.

There may or may not have been a club in Portola. I know I attended several dances at the Veterans' Hall there. Some of them were "Badge Dances," where you could earn a different "fun badge" each tip for doing things like dancing in the dark, dancing without touching hands, and dancing to the singing call "Running Bear." (That's a tough one!)

I also know that Art Hinton called dances at his outdoor slab in Cromberg, after he returned to the area from Sacramento while I was in college. However, I don't know if there was an actual club in existence there, or if he was simply running the dances himself.

There was a club in Greenville for a while, while I was a freshman, but I don't remember it being around very long. It may have been called the "Lumber Jacks and Jills," but I'm not certain of that.

There definitely was a club in Chester, at about the same time as the Plumas Two-Steppers. The Chester club was called the Almanor Lefts, and Jerry Quam was their caller. I don't recall their badge well enough to recreate it, but it was a round badge with a lake scene engraved on it. They were known for their annual outdoor dance in the city park on the 4th of July weekend.

When I first started dancing, there was a Labor Day weekend square dance festival every year at the fairgrounds in Quincy, put on by two callers from Reno: Will Castle and Earl Rich. That went on at least through 1982, because I remember sneaking out to the car to listen to parts of a Giants game that year during their pennant drive. The festival petered out after Will moved to Arizona, and then Earl's wife Rosie died.

In 2017, I was contacted by the manager of the Plumas-Sierra County Fair, John Steffanic, about starting a square dance weekend in conjunction with a bluegrass music festival he was putting on. I put him in touch with my friends Scot and Erin Byars, who are more experienced than I at putting such things together, and with only a few months' lead time we kicked things off at the Plumas Homegrown Americana Festival with three squares that year. Our attendance grew each of the following two years...and we were also privileged to have the Wildcat Mountain Ramblers band join us on Saturday evening for live music each of those two years. We had high hopes for 2020...

Then the pandemic knocked everyone for a loop.

But John tells us that the Homegrown Americana Festival is a go for September, 2021. We're looking forward to it...and to an additional event over the 4th of July weekend: the Sierra Freedom Mini-Festival! We're hoping to see lots of dancers at both!